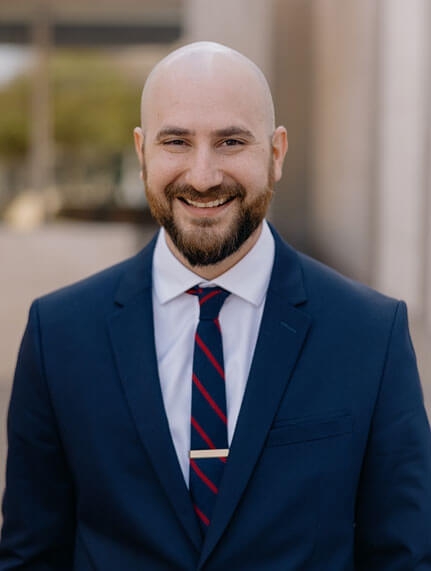 Attorney
Connect with me

Elan Cabrero was born and raised in Cedar Hill, Texas. He's a first generation American, a child of Mexican and Colombian immigrants. Cabrero earned his bachelors degree in Government from the University of Texas at Austin and earned a Business Foundations Certificate from the McCombs’ School of Business. After leaving undergraduate school he entered the consumer banking industry working for Wells Fargo Bank. During this time Cabrero became interested in law and attended Texas A&M School of Law in the evening school program, while working full time.

Once passing the bar exam, he then went on to work at the Law Office of Samuel R. Terry, a boutique criminal defense firm specializing in trial defense. During this time Cabrero represented hundreds of individuals and defended their constitutional rights. He represented criminal offenses ranging from misdemeanor to capital offenses:

Elan Cabrero is a passionate advocate that is committed to helping individuals who have been injured or wronged to ensure that they receive the justice that they deserve. He is committed to doing the best for clients and is willing to go to trial for his clients.

Have a Legal Question