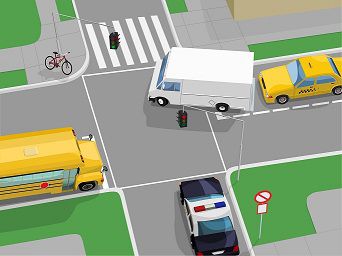 On May 8, 2015, the Texas Supreme Court decided Molina v. Alvarado

Jesus Molina was a government employee, working for the City of McCarney, when he was driving a city vehicle which struck and injured Mr. Alvarado.  Mr. Alvarado alleged that Mr. Molina was driving under the influence of alcohol and sued the City of McCarney because Mr. Molina was allegedly in the course and scope of his city employment when the accident occurred.  Mr. Alvarado later attempted to amend his lawsuit to sue Mr. Molina in his individual capacity.  Mr. Molina argued that by suing the city first, Mr. Alvarado had irrevocably elected his remedy under Tex. Civ. Prac. & Rem. Code Sec. 101.106(a).  The supreme Court agreed and dismissed the case against Mr. Molina in his individual capacity.

The Texas Supreme Court set out the lesson to be learned from this case at the end of the opinion.  The lesson in Molina v. Alvarado is that if you are uncertain whether a city employee was in the course and scope of employment at the time the employee injured someone, then the "prudent choice" should be sue the individual first, in their individual capacity, and then later, if it appears the City has responsibility, the City can be included.

Law Office of Jim Zadeh, P.C. handles lawsuits against individuals and governmental entities for auto or truck accidents.  If you would like to know more about your rights in such cases, please give Jim a call 817-335-5100 or send us an email [email protected]