Do I Sue Independent Contractor or Company Who Contracted 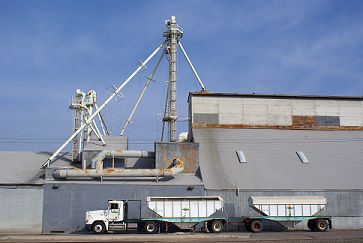 On May 8, 2015, the Texas Supreme court decided Gonzalez v. Ramirez.

Mr. Ramirez was a driver of a tandem truck for Mr. Robert Garcia who owned 3R/Garcia Trucking.  Mr. Garcia agreed to haul farm materials for Mr. Gonzalez who owned Gonzalez Farm.  Mr. Garcia sent Mr. Ramirez to haul farm materials on October 5, 2009.  The truck Mr. Ramirez was driving had a tire blow out when he was traveling from the Gonzalez farm to a feed yard.  Ramirez lost control and the truck careened into oncoming traffic hitting a car driven by Tammy Jackson and her fourteen year old daughter, Rexee Jo. Mr. Ramirez, Mrs. Jackson and her daughter were all killed.

Two issues came before the Texas Supreme Court.  The first is whether Mr. Gonzalez was a motor carrier under the Federal Motor Carrier Safety Regulations or their Texas counterparts.  The Supreme Court found that the Federal Motor Carrier Safety Regulations do not apply because the truck was not involved in interstate commerce.  The supreme Court found that the Texas Regulations did not apply because Gonzalez acted only as shipper and not a motor carrier because Mr. Gonzalez did not exercise any control over the truck driven by Mr. Ramirez as he transported the farm materials.

The second issue was whether Mr. Gonzalez was responsible for the conduct of Mr. Ramirez when Mr. Ramirez was acting as an independent contractor.  The supreme Court found that Mr. Gonzalez did not exercise or retain control over the manner in which Mr. Ramirez performed the work that caused the damage.

Law Office of Jim Zadeh, P.C. handles lawsuits against individuals companies for auto or truck accidents.  If you would like to know more about your rights in such cases, please give us a call or send us an email.